The Bismarck Forest Corridor is one of the most biodiverse regions in the world, with many endemic species. It is also an area with a high density of people. Wildlife is an important source of food as well as feathers and fur for traditional costumes. The increasing scarcity of wildlife is a growing concern for indigenous and rural communities in the region.

The SWM Programme is establishing community-led wildlife management initiatives, including community tree nurseries, to address this challenge. The SWM activities in Papua New Guinea are coordinated by the Wildlife Conservation Society with the national Conservation and Environment Protection Authority. They are being developed with local indigenous communities in Chimbu, Eastern Highlands and Jiwaka provinces and are supported by the provincial and district authorities responsible for wildlife management and animal production. 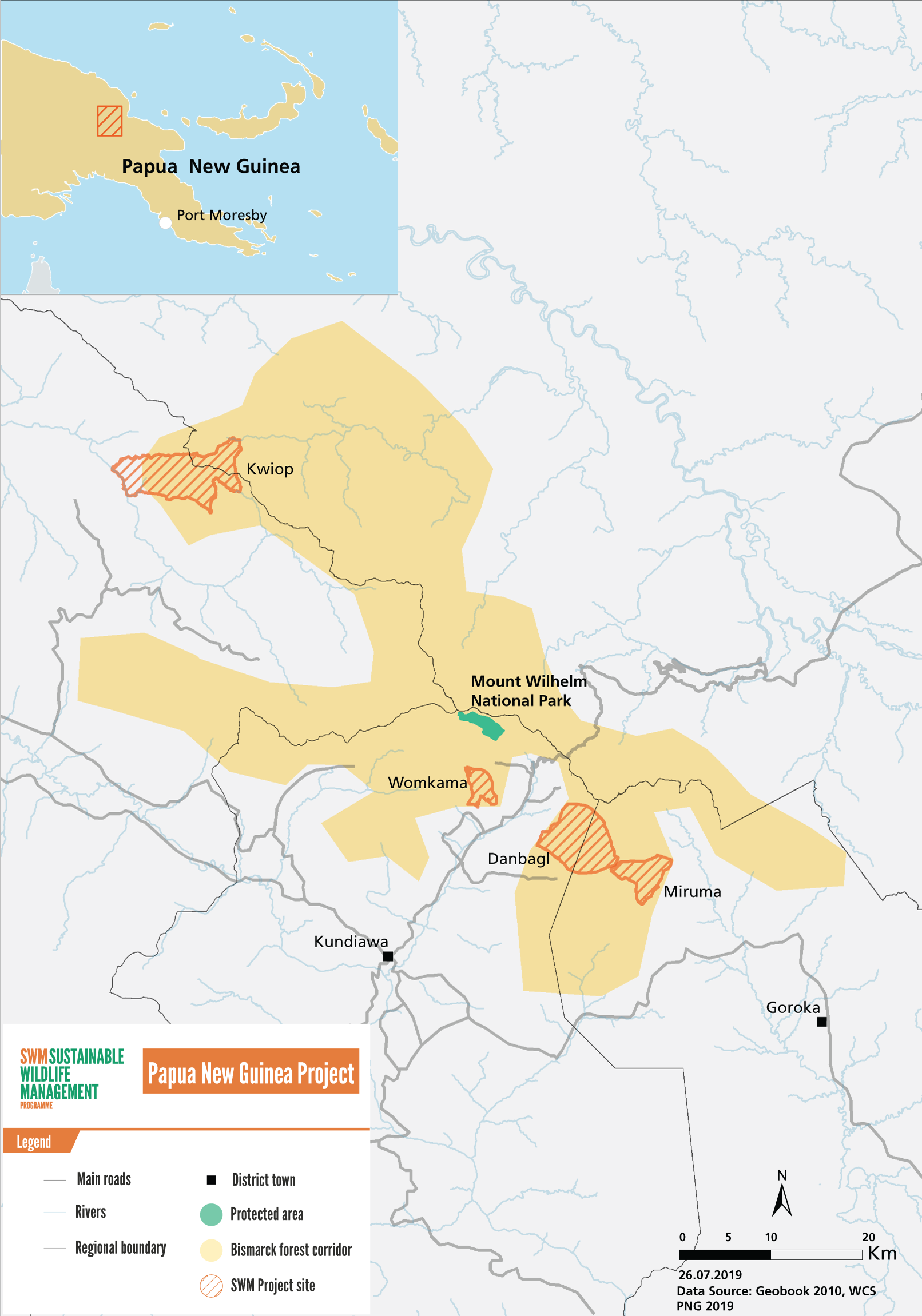